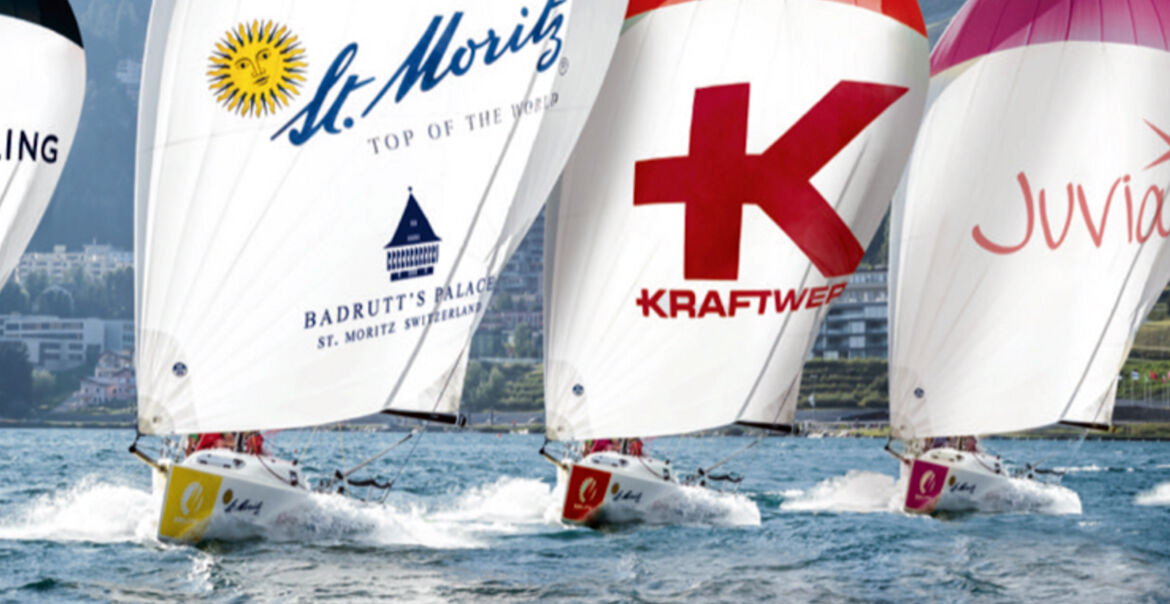 The best Sailing Clubs od Europe are back in St.Moritz in 2018 for the SAILING Champions League. The races take place from 30th August to 2nd September 2018 where 32 clubs from 17 countries will race against each other to win the title «Best Sailing Club of the year».

The first semi-final is taking place in Porto Cervo in Sardegna (from 31st May to 3rd June) where 32 sailing clubs of the group will race. Beginning of August the second qualification races will take place in St.Petersburg where the second batch of 32 sailing clubs will sail against each other. Following these two semi-finals, the final is taking place in St.Moritz. The best 15 teams from each semi-final qualify for the final in St.Moritz. Additionally, the host Sailing Club St.Moritz and defending champion Yacht Club Costa Smeralda will participate.

At the Sailing Champions League only the four best clubs of the national sailing leaguge are allowed to participate. In the Swiss league these are the Regattaclub Bodensee (Swiss Champion 2017), Regattaclub Oberhofen, Société Nautique de Genève and the Sailing federation Kreuzlingen. These clubs will presumably participate in the SAILING Champions League 2018 for Switzerland.

These races will take place in fleet-race-modus on eight boats of the one-design-class J/70. During these four days sixty short races take place for the audience. Topl-class teams such as the Cape Crow Yacht Club (Swedish Champion 2016, winner of Nord Stream Race 2017), the Kongelig Danks Yachtclub from Danmark, the english Royal Ocean Racing Club or the team of lord oft he Sail from Russia are participating.