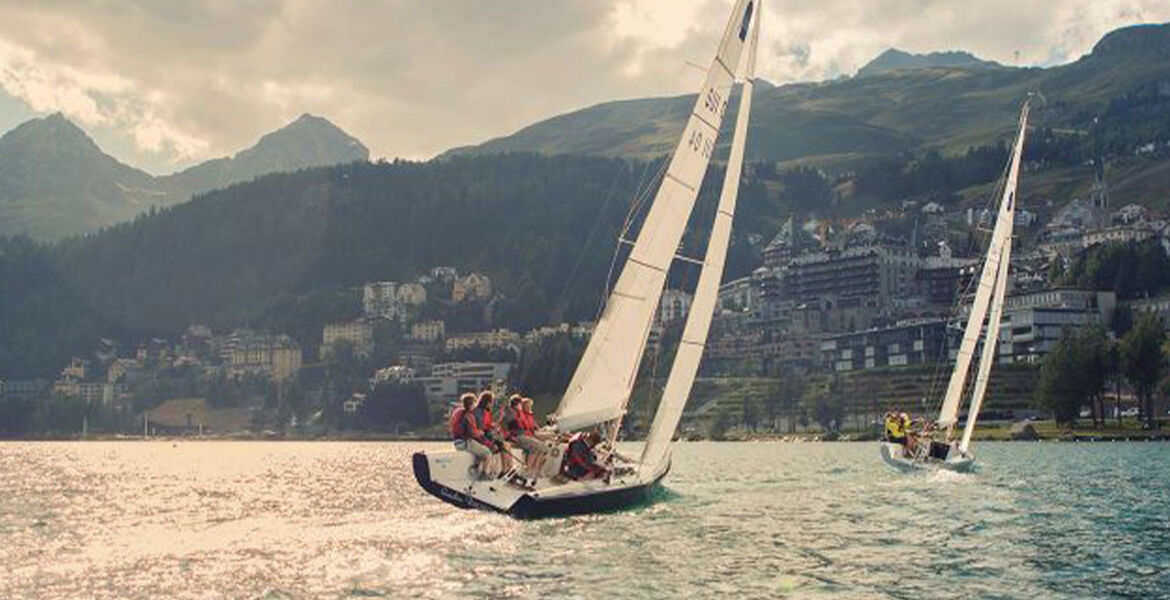 The special mountain landscape and mainly beautiful weather have offered an extraordinary arena for the 20 crews from Germany, Austria, Montenegro, and Switzerland, who met this weekend for the 6th Fleet Race Battle in St. Moritz. However, it was not the usual Maloja wind that set the tone, but rather a volatile northerly wind that helped the Team Sailing Center Racing from Bavaria, with skipper Julius Thomas, to shine – on the other hand, all the favourites. Team Giachen Ün followed with skipper Marianne Weber, on the second and blunote, with skipper Reinhard Rigling, in third place.

A registration record For the numerous teams, the dinner on Friday evening was particularly good for a reunion, or getting to know new blu26 class members. Then six blu26 boats were used for the regatta, which were provided by the organizing committee. The Regatta Committee, led by Marc Knöpfel, has done an excellent job in executing a reliable rotation mode to ensure fair sailing conditions for all teams.

A strong field The dynamic up-and-down races offered an exciting event for the participants as well as for the spectators with numerous razor-sharp moments. At the cozy spaghetti dinner on Saturday evening, the critical moments were discussed in detail. In total, the regatta committee was able to hold 19 races over both days, closely accompanied by the refereeing team on the water. Jury Heiko Falch confirms that “all teams have sailed fairly. The rare violations of the rules resulted in immediate executions of the penalties and did not in any way hinder the course of the race”.

Bavarian brilliance National and international champions, local heroes who know the lake very well, as well as numerous ambitious teams have registered for the Cup. The entries have promised an exciting competition. With a top performance, the young sailing team Sailing Center Racing from Lake Tegernsee has made the race and was allowed to take the trophy with him to Germany. The blu26 Klassen would like to thank all the helpers on site and the sponsors, and especially the Sailing club St. Moritz, for their support and generous hospitality for the blu26 St. Moritz Cup 2017.

The Leader Board of the blu26 Fleet Race Battle can be found here.

A detailed report and more photos can be found on the class website.

The event is held in Umpired Fleet Race mode – many short runs guarantee an exciting battle. Arrive with light luggage and show the horns to the Maloja Wind!

All information about the regatta can be found in the following documents and links: